Located on the cape of the same name, alongside the remains of a watchtower that saw the battle between the British and Franco-Spanish navies in 1806. There is a tarmac road that leads to it from Caños de Meca.

Visits: only exterior. There is a gallery for viewing the cape and nearby beaches of Caños de Meca, Zahora and El Palmar.

Description: Planned by Eduardo Saavedra in 1857 it was the only lighthouse between Cadiz with Tarifa prior to the construction of the Caraminal and Roche lighthouses. Built on a tapering tower like a Roman column, it is 34 metres high, but its fragility meant that it was later reinforced with the buttresses that give it its singular appearance. It has an adjoining building where the lighthouse keepers live. 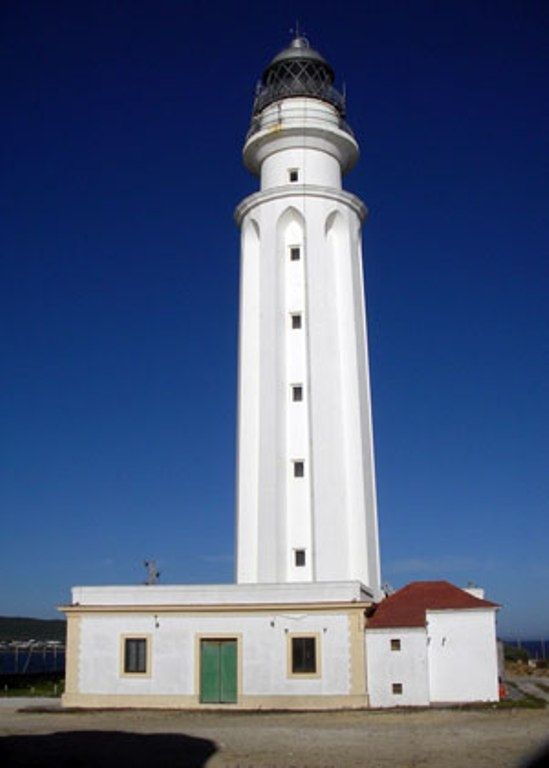