It is located in Mazagón in the municipal limits of Moguer, standing on the point of El Picacho, which is also used as an alternative name for the lighthouse, 600 metres from the sea and at a height of 30 metres.

Description: The group consists of a 20-metre high tower attached to a rectangular house (20.5mx24.3m). It is made of whitewashed masonry with brickwork on its vertices and was renovated in 1941 and 1958. The height of the lamp is 50 metres above sea level. It was originally built as a guidance light at the entrance to the port of Huelva. It was illuminated in 1901 and the reforms that were carried out in 1925 and 1930 gave it incandescent lighting with a range of 30 miles. It was electrified in 1949 and its range increased to 42 miles. 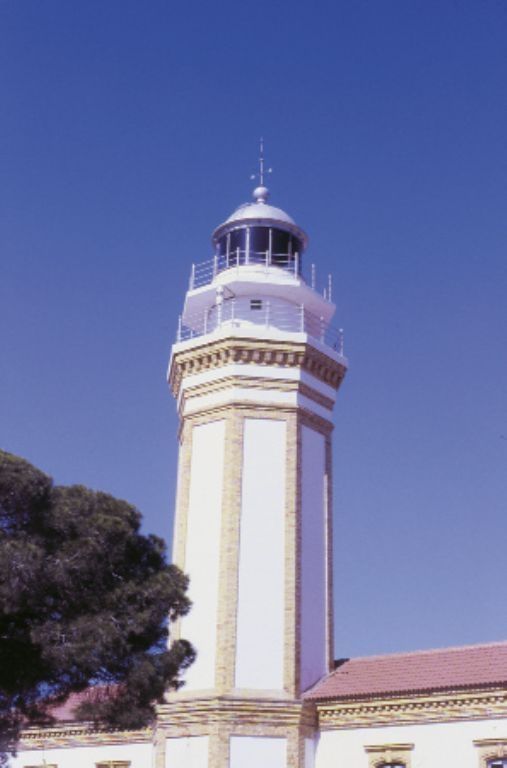