It stands within the town limits, at the end of the beaches of Cruz del Sur and Regla, with an ample expanse of free space at its base, next to the sea.

Visits: partially open to the public.

Description: Its history can be traced back to Roman times, when a primitive lighthouse was erected nearby to mark the Salmedina reefs A lighthouse was planned in 1762 but was not built. The original project from 1853 planned a tower 100 m high, but the high costs brought it to a halt. Building work finally started on the Restinga del Perro lighthouse we see today in 1863, based on the project by the engineer Jaime Font. It is a construction of great artistic value with a complex cylindrical geometry. It was a pioneering design for the time and required enormous amounts of money and labour to build. It was a 1st order lighthouse and the highest in Spain, with an olive oil-burning lamp which could be seen for 23 miles.

In 1916, this lamp was replaced by a petrol vapour version, and in 1942 it was finally electrified. An aerial and maritime light was installed in 1964, with a range of 25 miles that flashes every 10 seconds, and this is what the lighthouse is using today. 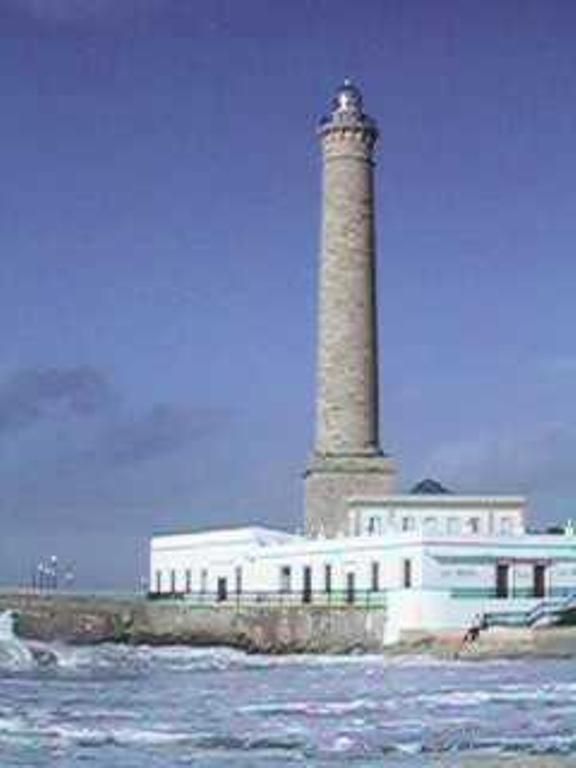