Built on a 16th century watchtower between Zahara and Bolonia, on the point of the same name on Cape Gracia in the La Plata hills. It can be reached by road from the village of Bolonia.

Visits: only exterior. It offers magnificent views of the beaches of Cabo de Plata and Ensenada de Bolonia.

Description: Opened in 1989 as part of the programme to restore and modify the former watchtowers into lighthouses to illuminate the coast between Tarifa and Trafalgar, the lighthouse was built to the plans of Enrique Martínez and Carlos Prieto. The tower used as the base is a tapering cylinder built of untreated quarried stone. It measures 7.5 metres in diameter and is 20 metres high, and stands 45 metres above sea level. There is an external spiral staircase which leads to the interior.

The lamp is an incandescent electric light with a lens that enables it to reach 13 miles. It has been monitored since 1997. 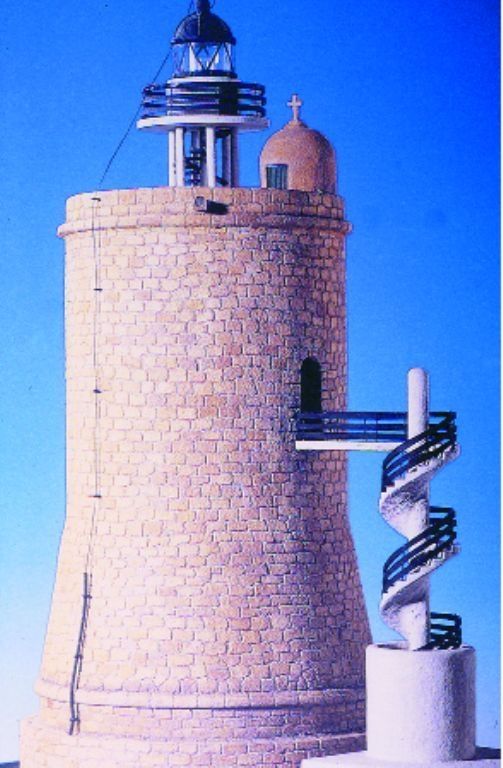