It is located within the walled enclosure of the Castle of San Sebastian, from where it gets its popular name, in the historic quarter of the city, next to the beach of La Caleta and the Viña district.

Visits: the walled enclosure can be visited.

Description: The lighthouse of Cadiz has a similar historical importance to that of the Tower of Hercules in La Coruña, and Arab historians and geographers described it as long ago as the 12th century. A new stone lighthouse was eventually built in 1766 on a former watchtower, to a design by Antonio de Gaver, with a lamp powered by hydrogen gas. After a number of modifications, this tower was eventually demolished in 1898 and followed, a decade later, by the lighthouse that we see today, designed by Rafael de la Cerda.

This lighthouse was built of laminated steel, which means it can be easily dismantled, and has a height of 40 metres above sea level. It was illuminated with electric lighting in 1913, and was only the second in Spain to use this system, and its light could be seen up to 25 miles away. It was replaced by a 4000 watt lamp in 1942. 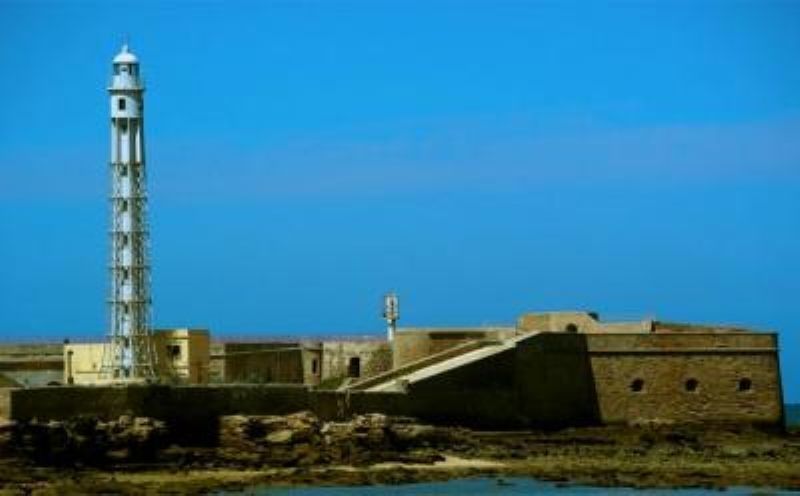